This past Christmas, I went home to Miami where one of my parents always schools me on an old Cuban flick. Here’s one worth searching out.

The Death of a Bureaucrat is directed by one of Cuba’s most famous Directors called Tomas Gutierrez Alea, the same guy who directed Fresa y Chocolate (Strawberries & Chocolate) in 1994, which was the first Cuban film ever to be nominated for an Oscar for Best Foreign Language. 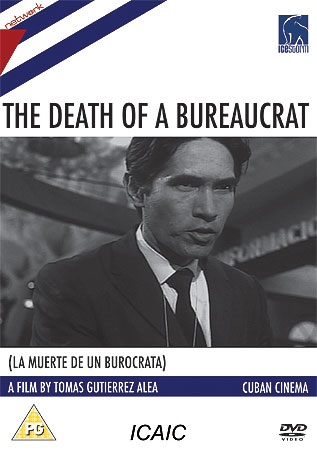 The Death of a Bureaucrat however is special to me. First off because it pokes at the nightmare bureaucratic system all Cubans go through, but this film does it in a way that makes you laugh out loud. I find this to be the shining virtue in all Cubans, how they can crack a joke during the worst of times.

The characters in DOB are something out of a Fellini or Antonioni film. After reading the Directors bio (born in 1928), I noticed he actually studied film directing in Rome during college — thus explaining his usage of Italian neorealism. After his studies, Alea returned to Cuba in 1953 (after the Revolution) and co-founded the ICAIC (Institute of Art & Cinematography) which is considered the GROUND ZERO institution for all cinema in Cuba.

Alea is an interesting filmmaker because although he developed his Director voice under the Castro administration, his films poked at the flawed Cuban system loaded with social commentary, satire, and not without controversy. The Death of a Bureaucrat was released in 1966 — 7 years deep into Fidel’s Revolution. Still, at the end of DOB, our beloved protagonist loses his mind in a bureaucratic system set up to fail him. 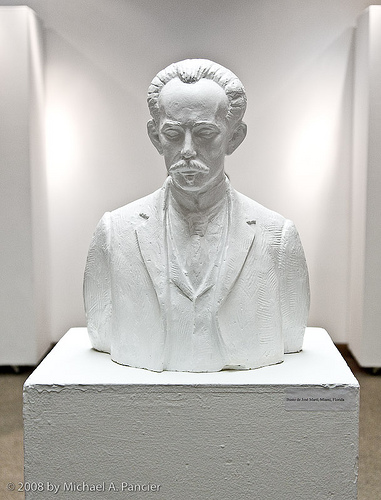 PLOT:
When a well loved sculptor is accidentally killed by the machine he created to mass-produce busts of nineteenth-century revolutionary hero Jose Marti, his family decides he should be buried gripping his union work permit (Carnet card) as a symbol of his dedication to Castro’s cause. Unfortunately, when his wife goes to receive her pension, the paperwork cannot be completed without her dead husband’s work permit. Distraught, she enlists her nephew to exhume the body and so begins a maddening paper trail that ends in a hilarious climax exposing the insanity of bureaucracy.

It’s a tough film to find… officially an “obscure” find… there’s a few VHS tapes flying around on Amazon. All Internet searches lead to DVD’s (PAL) made in Europe. Netflix has no idea. So I suggest you go to your local geeked video spot and hope the neighborhood film enthusiast has it on their shelf.

Other classics to watch from this Director: 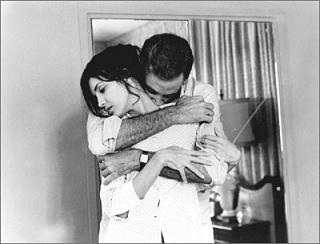 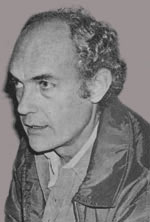