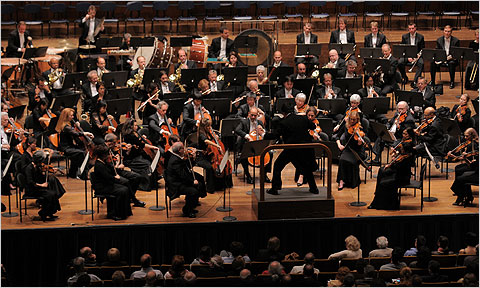 It was announced this week that the NY Phil Harmonic was invited to play in Cuba this month. They just sadly volunteered to nix the trip because the American government wouldn’t allow the patrons (their money sponsors) to go to Cuba with them. So the whole team decided to pull out.

The 150 board members had planned on forking over $10,000 each which would have paid for all the expenses for 2 concerts in Cuba. The supporters expected to tag-a-long on the Cuba trip (as they do on all international trips) with the orchestra because, well, who doesn’t want to go to Cuba?

The NY Philharmonic is USA’s flagship orchestra that travels around the world promoting the United States’ badass talent. They played North Korea 2 years ago (with no travel issues) and are playing Asia next week hitting up another Communist area, Vietnam.

“This exposes how arbitrary the rules are governing American citizens’ rights to travel to Cuba,” Julia E. Sweig, an expert on Cuba at the Council on Foreign Relations, said of the Treasury Department’s position. “If you have a family member there, you can go. If you play an instrument or sport, you can go. But if you’re a philanthropist who wants to support arts in Cuba, you can’t?”

There are several complex reasons why the sponsors were not allowed to go — ranging from specific license issues to economic reasons why they shouldn’t spend alot of money in Cuba. To read more facts, go to the BBC News Website or the New York Times website.
J